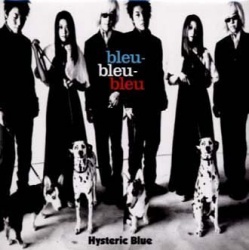 For starters, the only reason this four-CD box didn't garner a perfect score was that the band Monroe led in the early '50s is a tough one to beat -- especially since it contained Jimmy Martin. Musically, the songs Bill Monroe recorded during this very difficult period for bluegrass music -- rock & roll was killing off country, as well as a host of pop music, and had all but finished off Western swing -- were every bit as compelling as the earlier ones and moved into the gorgeous, grainy space that offered a pure view of his commitment to the music. As the liner notes attest, the early '60s were very difficult for the Bluegrass Boys on the concert circuit. They often traveled days at a time to make one gig, and musicians got paid for the time they actually worked rather than a steady salary. Recordings, too, were fewer and farther between, but each of them seemed to count for so much more. These were the years that Monroe hooked up with Owen Bradley -- who produced the majority of these sessions (Harry Silverstein did the rest), the man who would finally put Monroe back on the charts chasing his arch rivals Flatt & Scruggs -- who had embraced the folk revival movement in its entirety and were in turn embraced by it; they never lacked for a place to play and charted no less than 13 times in the same period. This is also the time Monroe met and befriended Ralph Rinzler from New York, who ran a group called "The Friends of Old Time music." Rinzler became involved with booking Monroe and his recording session with Bradley. The first real fruit of the association came with "Gotta Travel On," which charted number 15 with Billboard, and was followed up with "Come Go With Me" a full year before Marty Robbins recorded it. It also landed in the Top 50. This box tells that story, and tracks the confounding path of the complete sessions of those years as much of that the music found here never made it onto domestic LPs or CDs.

For starters, there are songs such as "Dark as the Night, Blue as the Day," which ranks among one of Monroe's finest vocal performances. Of the 111 performances found here, among many alternate takes, unissued tracks, and domestically unissued sides, there are none left wanting. There is no substandard Bill Monroe material during these leaner years at all. As a plus, many of the music's most well-known performers today began with Monroe at this time, and many of the newgrass revival types were short- or long-term members of the Bluegrass Boys and appear here, including Vassar Clements, Peter Rowan, Buddy Spicher, Roland White, Vic Jordan, Richard Greene, Jackie Phelps, Joe Stuart, and many others. While influenced deeply by Monroe, they were also able, in small ways, sometimes intangibly, to influence his evolving sound. But it is the sound that matters here. While Flatt & Scruggs and others were embracing new trends in pop, folk, and country music, Monroe refused to integrate his music; though the '60s were tumultuous times, Monroe stayed close to the heart of his original bluegrass and old-time music and put it in anybody's face that would book him. As a result, many of the sides here are timeless, and with the possible exception of recording technology and studio sound, they could have been recorded at the time of the Carter Family. There is something that enters Monroe's voice about 1965, which is a permanent moan toward the past. In all these four CDs represent the second part of a long story that the folks at Bear Family are hell bent on telling, or letting it be told through the music. Their packaging as always is superb, and the liner notes by Charles Wolfe and Neil Rosenberg are flawlessly researched and written, as are the session notes taken from the master tapes themselves and the session notes by Bradley or Silverman. Truly inspiring is what this is.

Yes, he sings on virtually every cut, but not with Keely Smith. He fronts the band, solos, and vocalizes, but with the exception of three of these 14 tracks, he does so alone. There's a version of "Nosy Body," with Lily Ann Carol, a reading of Slim Gaillard's classic "Vout Cowboy," with Foy Willing and the cowboy group Riders of the Purple Sage, and "Mahzel" with Cathy Allan. There is an excellent version of "Hi-Ho Trailus Bootwhip," that kicks the set off as well. The music here is terrific. The sound, however, is another matter entirely. While it's not terrible, the masters were either in poor shape, or these are radio transcriptions and live tracks, and it's difficult to tell because no source information is given in the liner booklet.

If you are a hardcore Prima fan, though, you need these just the same.