It's surprising that it's taken this dynamic gypsy guitar duo so many years to title a recording after exactly what it is they do with their intricate string tapestries. But better late than never, and Stringweave, like all their great works, is both technically sharp and musically whimsical. Jorge Strunz and Ardeshir Farah named their buoyant opening track, "Las Verduras," after "our favorite guitar players who are named after vegetables," and the tongue-in-cheek whimsy is apparent on the track. Some sections of the piece feature a higher-toned string interacting with Alberto Salas' spicy piano, while others have a darker flavor in the lead as a higher tone takes the rhythm guitar harmony role. As always, the two break in the middle for some crazy improvisations, texturing those with insistent strumming rhythms. "Rosa Blanca" lopes along with sparkling strings over a samba groove, enhanced by Charlie Bisharat's lush violin and the increasingly dense à gogo percussion pattern of Luis Conte; it's like the soundtrack to an adventurous scene in a movie about a gypsy who just can't settle. Bisharat adds a classical romance sensibility to the hot and percussive "Gypsy in the Wood." "Campera" is laid-back, cool strumming cantina music with bird calls and some Native American flavors. "Tierra Mojada" features the usual strumming/plucky improv mix with a gently croaking chorus of the "amphibian orchestra" in the background. Most of Strunz & Farah's tunes are manic with energy, but the cool "Rimas de Cuerdas" just sort of moseys along with an extra jazz guitar element provided by Liona Boyd. As always, a joyous dual affair by masters who never fail to perfectly mix joyful accessibility with incredible chops. 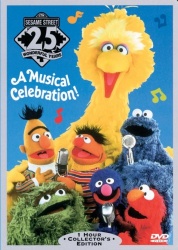