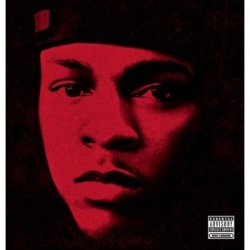 Not that Bow Wow wasn't gradually working his way toward it, but on New Jack City II, the MC, now 22 years old, makes like a younger and slightly cleaner T.I. However, Bow Wow doesn't merely project the kind of smooth toughness/tough smoothness exuded by his obvious inspiration. There are moments where the album sounds exactly like an attempted cloning, as heard in the kicked-back yet insolent flow throughout the opening "Get That Paper," and it even appears that way, as seen in the video for "You Can Get It All," from the mannerisms to choice of eyewear. Though Bow Wow drops a litany of curses from track to track and has transitioned from "Hey Little Momma" to "Pole in My Basement," New Jack City II is nonetheless within the domain of pop-rap, laced with candy-coated hooks and beats that are easy on the ears. Jermaine Dupri's long-running tradition of supplying Bow Wow with productions built on very easily identifiable sources continues (Rick James' "Big Time," TLC's "Baby-Baby-Baby," Nancy Sinatra's "These Boots Are Made for Walking," Slick Rick's "La Di Da Di," Bobby Brown's "Roni"), and Swizz Beatz, oddly credited as "Swizz Beatsz," provides a typically noisy and purposefully obnoxious production for the closer, one of Bow Wow's toughest tracks yet. Some of these developments come off a little forced, but Bow Wow knew he had to abandon the PG material or risk irrelevance. It should pay off, yet it has no apparent effect on his output's quality level.

Straight fusion set by trumpeter Tom Browne, replete with double-tracked vocals and songs heavy on backbeats and light on solos. Everything is nicely played, and the album did do moderately well on charts and with Adult Contemporary audiences.