Originally released on A&M records in 1981, Snaz is one of the better, and least recognized, live '70s (as a style, not necessarily a period in time) hard rock recordings. Unlike more recognized '70s metal artists like Black Sabbath, Deep Purple, Thin Lizzy, and others, Nazareth -- even in their Hair of the Dog heyday -- never were able to put much "heavy" into their heavy metal guitar attack when they recorded in the studio. There wasn't much of a thump coming from the drums and bass either, and the overall affect was a wimpy sound that didn't nearly serve the band's fine material as well as it should have.

All of this left Nazareth's otherwise respectable '70s studio recordings with much to be desired sonically. Recorded live in Vancouver, Snaz is a production and engineering highlight in the band's career. The energy and recklessness of Nazareth's material is much more palpable on these live versions, and while things get a little sloppy at times, it's never distracting. Fans of Nazareth simply must add this record (most recently re-released by Castle in 1997) to their collection of essential band releases.

This ultra-rare picture CD was limited to a mere 2,000 copies and attached commercially to 1995's To Bring You My Love. The nine-song EP features studio sessions and home recorded four-track offerings, all of which have been lovingly crafted and packaged for die-hard PJ Harvey fans.

Flipsyde - When It Was Good 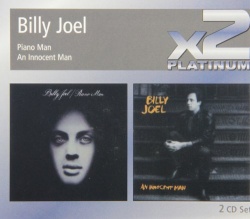