Veteran early music keyboardist (and conductor) Ewald Demeyere here creates a really unusual program of 17th century keyboard music, unified by the general idea of the lament. Not every track on the album is a lament, but that's all to the good; Demeyere understands that even pieces with a specific memorial or merely melancholy function would sometimes have been played in the same suites and pairs that marked other kinds of keyboard music. Thus Demeyere puts together a group of dances to form a new Suite in F major by Louis Couperin, ending with a Tombeau de Mr de Blancrocher, a procedure that a harpsichordist of Couperin's time would have understood well. Another intriguing aspect of the program is that Demeyere crosses over the Renaissance-Baroque line, which has less importance for contrapuntal keyboard music that it does for other genres. From Byrd's masterly arrangement of John Dowland's Lachrimae Pavan the music goes forward in time, to Froberger and a later Pavan (or "Paduana Lagrima") by German composer Melchior Schildt, and backward to a sizable piece by Thomas Tomkins called A Sad Pavan for These Distracted Tymes. The reference is to the execution of Charles I of England, and the work is a rare example of an extended Renaissance work that does not emphasize virtuosity (although Demeyere does add some ornamentation in repeated sections). Demeyere plays a pair of powerful instruments: a replica of a Ruckers virginal used in the Byrd, Tomkins, and Schildt has an especially full tone captured in all its ringing splendor by the Challenge Classics engineering team, working at Belgium's Galaxy Studios.

The only thing missing is an understanding of the emotional content of the music, which comes out as scholastic as the picture of Demeyere on the album's cover. It's a shame, really, for the album offers a lot to learn.

The Arctic Monkeys' second EP is anchored by "The View from the Afternoon," the only song here to show up on their 2006 debut Whatever People Say I Am, That's What I'm Not, but the remaining four songs are strong, barbed, guitar rock that would've felt at home on the finished album. First up is the gnarled, nasty "Cigarette Smoker Fiona," which gives way to an effective showcase of Alex Turner's lyrical side on "Despair in the Departure Lounge," whose sparseness and distortion suggests a demo. "No Buses" trumps "Despair" due to its litheness -- this is the band at their swinging '60s best, only all the allusions are casual -- while the five-minute workout of the title shows the group's facility with syncopated rhythms and multi-tiered structures. It's not as heavy as the Humbug that would come later, but it points in that general direction. 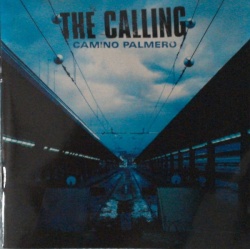 Bands like the Calling are a perfect example of what was wrong with "modern rock" radio in 2001. Utterly homogenous and virtually interchangable with any number of the "here today, gone tomorrow" one-hit wonders that emerged during the turn of the century, the L.A.-based quintet had the radio formula down to the letter: take a bunch of reasonably decent-looking 20somethings; force feed them a steady diet of Matchbox Twenty, Third Eye Blind, and Eve 6; exchange canned melodrama for passion and depth; then polish to a slick, glossy sheen and watch as the highly coveted teen dollars roll in. You can't really blame the Calling for wanting to cash in: they obviously invested every ounce of energy into songs like the pseudoanthemic "Unstoppable" and the requisite radio ballad, "Wherever You Will Go," but there is not one element on this album -- from the quiet/loud verse/chorus staple to frontman Alex Band's watered-down, Eddie Vedder-inspired sensitive guy wailings -- that hasn't been done before.

And done much, much better.

The Royal Concept - The Royal